How to improve child brain development

How to improve child brain development

An exasperated mother sees babies who can never sit calmly, especially if you have to go to public places or visit the homes of friends and relatives. "I’m Tired. I would be embarrassed if my child ran up and down the road to and fro and up and up the stairs if invited to visit. I think my child is hyperactive," he complained. He came to the psychology consulting room to ask if there were any that did not comply with the development of their children.

According to the Psychologist,  all children grow and develop in varying degrees. This includes the development of physical movement or kinesthetic intelligence. One phase of gross motor development is growing rapidly, but there are other phases of fine motor development that are a major concern.

As the psychologist, bodily-kinesthetic intelligence, or intelligence, is the human ability to connect and use your mind in tune with your body movements, including the body’s ability to manipulate objects and create a variety of movements. A smart "kinesthetic child is able to use and connect the mind and body together to achieve certain goals," he said. For example, children who skillfully climb trees, fly kites or play jump rope with a variety of movements. Differences with children who have hyperactivity disorder, who usually move unfocused and tend to be impulsive. No movement is deliberate," explained the psychologist. Of course, children with hyperactivity find it difficult to achieve the goal of complex movements, such as climbing trees or playing jump rope.

According to Lwin, et.al. in his book How to Multiply Your Child’s Intelligence, the characteristics of an intelligent kinesthetic child can be observed by you. A very happy child moves like running, walking, jumping, and so on in a room that is free. Although it sometimes falls, the situation is still normal for children aged under three years. "Do not limit its motion, because it's physically

emerging. But you can keep it from falling, "as told by the psychologist.

In addition, children are smart kinesthetic at toddler age and are also capable of throwing a directed about as far as one meter, things like climbing high, playing in the water, and up and downstairs. "Children are able to jump with two legs like a jumping frog. This capability requires a balance of body and is usually controlled by children aged 4-5 years," psychologist described. When you attach the song, her body moves in harmony with the music. Glad to do pretend activities (role-playing). For example, pretending to be a frog or duck, imitating the action of driving a car, or cooking. I do not like sitting for long periods of time. In other characteristics, the child can let go of shirts, pants, and socks alone. You can also build bridges with blocks without falling. This activity involves fine motor skills, visual-motor coordination, and balance. 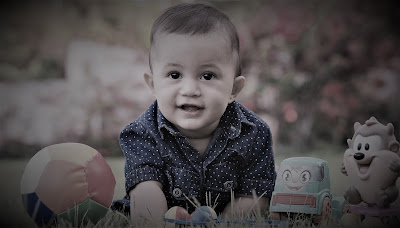 Activities that could be taught related to fine motor skills, among others, paint, make ceramics, and batik. At the age of 2-4 years, children can be taught to make Play-Doh with a squeeze and form it at will. When entering the age of 5 years, take the child to draw the appropriate pattern and imagination.

These types of games give children not only physical activity or outdoor games but also games that require concentration. The task is to facilitate the movement of the child’s parents. When children are happy to ride up and home furnishings, create games that allow children to climb, climb. For example, by pretending to be in the woods and imitating all the movements of animals. Encourage the child to be a rabbit, hopping around the room, into a snake to crawl like a snake, or a monkey hanging from the edge of the doorframe. Other times, when heavy rain falls, take the child to do activities indoors, such as building castles with wooden blocks, playhouses under the dining table, or playing the snake ladder. Facilitation of children with diverse tools such as balls, hula-hop, and mattresses that teeter-totter. This activity can distract children from watching television, playing with their Playstations, or playing video games. Do not forget to take some time to play with him.

Full of activities that involve physical

Incorporate the movement of intelligence into children’s learning activities. For example, if a child wants to memorize the provincial capital of Indonesia, have the children make a sequence of lines by using chalk or markers from the tip to the middle and so on. When teaching vocabulary, for example, earthquakes, you can draw illustrations of the body movements without words. Alternatively, when learning mathematics, count with your fingers and measure the area with your arm or leg. To stretch the body of children aged 2 to 5, draw geometric shapes such as triangles, circles, or squares.

and hands. Children will be more accepting and consider these concepts rather than just memorizing them.

Ask the child to use his body to express his emotions. For example, jump when he feels

or frowns when angry. When children are playing, set the music to his hobby and let the kids pretend to be singers or song-expressors. It can help develop creative thinking skills. Children's dances or moving your body, in addition to making children happy, can also dispel stress.

To extend the child’s kinesthetic memory capability can be seen through the pattern of movement such as mime. For example, ask the child to demonstrate an elephant, a number 9, in the form of waves in the ocean of flowers that are blooming. Ask the children to repeat the movement after a pause of rest for 10-15 minutes. It can challenge the limits of motor control and increase the flexibility of gestures.

and posture. These activities also contribute to the development of the thinking abilities of children. Show pictures of animals, objects, or buildings, then ask the child to assume the position with body language and movement of her whole body. Observe the position or attitude of the child’s body as it moves in order to not endanger the coordination of body movements.

The National Association for Sports and Physical Education recommends school-age children to do physical activity at least an hour a day with a variety of different activities every 15-30 minutes. Before taking children to move, you should first identify the level of development, age, abilities, and interests of children.

At the ages of 4 and 6 years, children begin to hone their physical skills, such as jumping, throwing, kicking, and catching. Usually, kids like team sports such as soccer, softball, and basketball. There are children who are able to compete, but they have also not been able to engage in a league championship. Recognize the essential character of the child and still give support by being a mental coach or a cheerleader when children play.

Children begin to enjoy, coordinate, and develop their abilities when they are aged 8-12 years. It’s time for you to see and confirm the child’s interest. Is the child beginning to leave the soccer schedule on Sundays or just interested in following the league championship? Inquire and consult with your children. Do not force your child if he is not interested in sports. Try to offer other activities, such as painting, dancing, or making crafts, that can also develop fine motor skills.

Create an opponent’s ball game 1 or 2 versus 2. These sports activities not only train children's gestures but also teach them sportsmanship, teamwork, and how to target goals, challenges, and familiarity. If necessary, a list of his children's sports clubs such as martial arts, swimming, hiking, and so on. Children who are able to intelligently move are usually happy to kick the ball in any direction. By developing kinesthetic intelligence through physical activity, children play and enjoy an active lifestyle through the activities of one sport or game.

Activities inside your house can be utilized as a motion kinesthetic. Encourage the child to engage in the work of cleaning the house, from the bed to cooking. Through cooking activities such as kneading dough, can train the motor skills of children, namely kneading, shaping, and cutting. In addition, children can also learn science, for example, when the heated water will boil and form steam.

The easiest way to find examples of intelligent motion is by looking at the success of athletes. For example, "A" and "B" are the world’s top athletes, who, of course, we all recognize their ability to control their mind and body movement. However, it is not just a sports athlete; intelligent kinesthetic also has benefits, including:

Psychomotor ability is the ability to coordinate the brain's actions with those of body parts.

able to function in harmony. This ability is closely correlated with the type of work done by adults, such as aviators (who need visual-motor coordination and thought highly optimized), or artists (to paint, dance, sculpture, carve, batik, etc.). Psychomotor ability

This is growing rapidly at an early age.

Children enjoyed the activities that he could do well. For example, children are able to move in harmony with the music, so they would love to dance, and almost on every occasion he will dance. Therefore, they would feel more confident when faced with a situation that could show their physical abilities. In addition, it also helps maintain health and body weight to avoid obesity, high blood pressure, diabetes, and heart disease.

Note the safety and health of children. Contact your doctor immediately if your child starts complaining of pain in certain parts. There is a possibility the child had fallen, been injured, or sprained, but I could not immediately tell you. If the child’s condition is considered chronic, do not engage first with its activities. Consult with your doctor, some activity that is safe for your baby, and how to provide the best security facilities for the little guy. So you do not only forbid children and panic.

Physical and emotional changes in pregnancy

Physical and emotional changes in pregnancy At three months of gestation, the abdomen is seen to gro…

How to take care of a premature baby at home

How to take care of yourself with a newborn

Eating Right During Your Pregnancy.